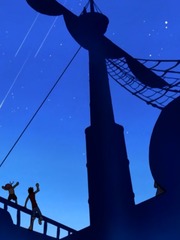 This is a story about a boy that witnessed his little brother being killed by his abusive and drug-addicted parents. After immediately taking his revenge and ending up dying while crying and hugging his little brother, he gets transmigrated into the one-piece world with a 5-year-old body. What will he do after finding out that he transmigrated here alone in a dangerous world full of monsters? Will he give up on life or continue living and finally be free. There will be no system or cheats. He will have knowledge about the One Piece world and use that to his advantage. He will have to train like any other person and he won’t get some manual that explains Haki to him. There also won’t be a harem. He is the same age as Ace and Sabo so he transmigrated 15 years before the start of the storyline. **Disclaimers** -All copyrighted content is the property of its respective owner(s). -I don't own the cover. If you own it message me and I'll take it down.