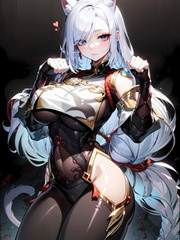 What is Golden Fox with System

Golden Fox with System is a popular web novel written by the author Lruska, covering SYSTEM, REINCARNATION, HAREM, CULTIVATION, EVOLUTION, ADVENTURE, ROMANCE, TRANSMIGRATION, TORTURE, Fantasy genres. It's viewed by 8.4M readers with an average rating of 4.58/5 and 577 reviews. The novel is being serialized to 503 chapters, new chapters will be published in Webnovel with all rights reserved.

Theo volts, an 18-year-old Brazilian, died on his way home as he was struck by lightning. Upon waking he discovers that he was no longer human but a red fox. In addition, he also came to discover that he was gifted with a miraculous system. Defeating monsters and frantic animals, Theo climbed into his cultivation, turned into a golden fox and conquered a Goblin village.