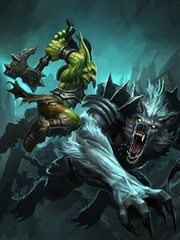 The Evolution of a Goblin to the Peak

The fantasy VRMMORPG, Battle Worlds, is one of the most played games in the world. In this game, there's a legendary player that could defeat a "Boss" on his own. His name is Blood(In-Game-Name). Blood is a legendary player that surpassed all the players in the world. He completed hundreds of quest and dungeon raids alone. When Blood was going to log off, suddenly the virtual capsule that he was wearing exploded causing him to die. His soul didn't go to the cycle of reincarnation but it was sucked by something causing him to transmigrate into a body of Goblin. This is a story about a boy that was transmigrated in the body of a Goblin. Follow him as he rises through the ranks and become the most powerful monster in the world. ....... Tags: Action, Adventure, Fantasy, World Travel, Sword and Magic, Late Romance, Tragedy, Game Elements, Non-human protagonist, System, Beast Companion, Gods, Demons, Hero, War, Modern, Slice of Life, Dungeons, Scheme, Conspiracy, Evolution, Cheat, Weak to Strong, Drama, School Life, ....... There's a lot of grammatical error here. I will try to edit every chapter and find an editor to improve the quality of the novel. I suggest that don't read it if you like perfect novel with no mistake. Also, when reading this don't imagine that you're the MC because you're not going to like it if he did some things that don't fit your mindset. Remember, the MC was not you so don't expect him to do what you're thinking. That kind of thing doesn't work here. I know some people were doing it while reading, so stop it. (well, I know that feeling because when I'm reading some novels that I can relate and I sometimes imagine that it was me.) Hahahaha! No, bad feelings about this. Remember I warned you so don't forget about it. Please proceed with caution. hahahaha! Also, remember that the MC isn't a perfect being that could do everything perfectly so stop shltlng if the MC failed to do some easy task. Anyways, I've warned you so don't come back to me in the review crying like a baby. BAD GRAMMAR!! Don't forget it! Photo not mine. I only found this on google.