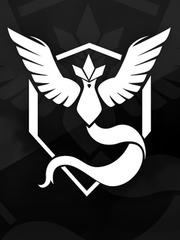 What is Pokemon Master of tactics

Pokemon Master of tactics is a popular fanfic written by the author alex02373, covering POKEMON, SYSTEM, REINCARNATION, ADVENTURE, ACTION, ROMANCE, COMEDY, Anime & Comics genres. It's viewed by 1.5M readers with an average rating of 4.85/5 and 95 reviews. The novel is being serialized to 81 chapters, new chapters will be published in Webnovel with all rights reserved.

If Alex ever got the chance to get transmigrated into a world, he would choose Pokemon World. Since it is relatively safe. It is easy to earn money. Not to mention, such an adventurous and intriguing world. But when his wish somehow came true, he regretted it. If you want to see the next chapters earlier or just want to support me, you can do that at https://www.patreon.com/alex02373 editor: JoJo_Soni