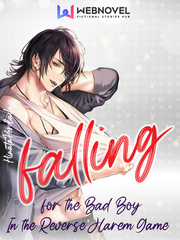 Takeda Haruki would never believe he’d fall for a drawing, and a guy’s drawing out of all things! But when he finds himself dragged into a girl's harem game, Haruki soon finds out the 'Bad Boy' character is real. And Haruki is attracted to him like a magnet! How can a group of actual handsome men be dragged into an experimental girl’s otome and how do they get out of there? They’ll discover it’s harder than they think, but they are not willing to follow the rules. "Down with the system! We're on strike!" The lively and sweet Haruki, a debuting singer, is the most improbable of the alphas. But the group follows his idea when he comes up with the ‘Otome Syndicate', and suggests they should fake being gays to boycott the system! As if it’s not a problem enough, the natural-born alphas, ‘Bad Boy’ KAI/Jun and ‘CEO’ KOICHI/Saito fight for his love! ***** SMUT SCENES! SILLY AND LIGHT-HEARTED NOVEL, NOT ANGSTY! ***** Hello, it's my first story! Please support this novel with votes and reviews. English is not my first language, feedback is appreciated! HinataPerolada