Reviews of Alchemist In The Apocalypse: Rise Of A Legend!

Alchemist In The Apocalypse: Rise Of A Legend!

Become a KOL for my discussion channel!

Engage with others on the app, and become a moderator for my discussion channel. Let this be a place for sharing with other fellow bookworms! 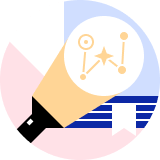 The novel is really good I personally think it deserves more popularity than this honestly. First thing to know about this novel is that while it has its downs, it has it ups too. Update is daily Grammar is good Plot is okay All in all, the book is good for a serious read and to binge read.

This review is pinned here for any questions y'all might have.

Hello, this is the Author of this novel. First I wanted to thank the readers who supported my book by giving my work a power stone. Not only it'll help me climb a rank but increase the exposure of this novel as well. This is me writing a review after 24 chapters and I believe that the story is still strong so please continue to support me as it motivates me a lot. Stay tuned as the story keeps getting better and depending on the feedback I receive from you guys, I'll upload more chapters per day.

Author here! I just wanted to thank you all for reading my book because doing so alone is motivating for me. At the same time, I wanted to be shameless and gave myself a five star review in the process. If you like the novel, Please don't forget to add it to your library, vote and comment, Note: The novel gets better as it progresses as i keep writing.

Writing Quality : Its good than 90% of the novels out there, although I've seen some types here and there. The POV shifts annoy me though because they are not my kind of thing (not saying they are bad but I'm not one of the POV shift liker no matter the novel Story Development :Story Development is good, not too many plot holes Character Design : The characters are designed well although i feel every character except the Mc is 2D (especially the children), at least until where i have read yet. But i do feel the protagonist's monologues annoying (which i will explain later) Updating Stability : Not much i know about it mate! World Background : The World Background is being built slowly but i feel like not much about the geography and terrain is talked about. Like, is everything around jungle? are there dense trees around or plains? etc. Now onto what i feel is lacking : The characters except Mc are a little too 2D, you should try to work on it. As for working stability, its always the more the better. Now the most crucial thing or annoying thing I find, the mc spends half or full chapter making a choice in monologues stating and unnecessary explaining the obvious and giving useless info. For example : 'I don't know if there's a higher Civilization' this sentence is repeated in almost every chapter and sometimes even more than once. A lot useless info is given in chapters and sometimes the useful part in a chapter is only worth 1 or 2 paragraphs. I know that some filler needs to be there to make the novel longer but i hope there is a balance ( like 50% is useful and 50% filler in a chapter from now's 75% filler at least in the chapters I'm reading currently). I'm saying this because sometimes its painful watching the character spending such long time on obvious decisions. That's all.

this is the first time I have ever written a review on WN, and there is a few points I would like to express. FirstPOV style of writing is making the novels way too long and a bit boring for the for the readers. Second there is way too much information and explaining for things are obvious to the readers, for example, explaining Mabs or ranking for the new update. finally you would make the novel more interesting and fun for the readers if you keep it straight to the point and get rid of the POV style. ( thats my opinion based on my experience reading 500+ novels And to my liking).

A crazily well-written piece of work. It made my own book and the system came pale in comparison. To be honest, I am amazed by the naming sense, and storyline, as well as how well it was described without being lengthy. Furthermore, each chapter seems to link well with the next, without a hint of missing content in between. If I were to grade the book, I would say it only lacks the exposure necessary to get to the top. Easily one of the best read amongst the books in Webnovel.

Love this novel so far but chapters are a little short

I quit, I can't read anymore. Too many plot holes. Mc annoys me This novel is designed to kill my brain cells. This novel can be read if you turn off the brain by 100%.

We are almost at a hundred chapter guys! I really appreciate the support y'all have given me till now and I hope we'll be together to see through this journey. I'll drop another review when the novel reaches a hundred chapter and address some of the issues the readers pointed out. Thanks for reading.

anytime I see a novel wherevthe author says stuff like, this is nit earthbor this is a different world si don't use common sense, I just know the Author is about to write the most abominable piece of fiction involving children where he justifies himself