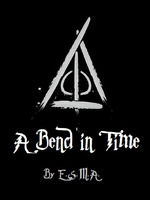 A Bend in Time

What is A Bend in Time

A Bend in Time is a popular fanfic written by the author EsliEsma, covering NO HAREM, HARRY POTTER WORLD, FANTASY, WORLD BUILDING, ACTION, MYSTERY, TRAGEDY, WIZARDING POLITICS, SLOW ROMANCE, Book&Literature genres. It's viewed by 3.6M readers with an average rating of 4.81/5 and 162 reviews. The novel is being serialized to 592 chapters, new chapters will be published in Webnovel with all rights reserved.

Before there ever was a boy that ever lived in a cupboard on Four Privet Drive, there was a similar boy in a far worse home that lived on Spinner’s End. We all know the tale of that abused boy who grew up to become a bitter spy. But not all tales end the same for in the many parallel worlds that exist in the universe there are far better endings, and equally as many worse ones. This is a tale of one such condemned universe that for better or for worse chooses to change its own fate. (All rights to the Harry Potter world and characters belong solely to J. K. Rowling. However, I do claim creative fanfiction rights. Please do not post my fanfiction elsewhere without my express permission. This work will also be partially hosted at RoyalRoad, Wattpadd, and Archive.)

Post-Apocalyptic Potter from a Parallel Universe

Rebirth in a Magical World

Harry Potter and the Rise of the Protector

Harry Potter and the Girl in Red