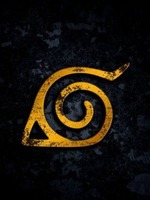 What is The System: Civilian Shinobi

The System: Civilian Shinobi is a popular fanfic written by the author DaoistWu007, covering SYSTEM, ACTION, NARUTO, ADVENTURE, Anime & Comics genres. It's viewed by 2M readers with an average rating of 4.69/5 and 136 reviews. The novel is being serialized to 69 chapters, new chapters will be published in Webnovel with all rights reserved.

The fate of elemental nations was controlled by a weird character named Zetsu. From Madara to Obito to pain, everything happened according to the plans of Zetsu. What would happen if an ordinary kid from a civilian family got a surprise morning message. [Good Morning Tobi!] [Welcome to the System!] ... AN- the first 7 chaps contain a lot of stats but I changed the writing style so you won't see much of them in the upcoming chapter so if you are put off by it...continue reading a few more chaps to give it another chance I know there may be some plot holes and spelling mistakes, but this is my first time writing so cut me some slack and support me... The first mission starts in chapter 20... If you want to read ahead or support me head to my Patreon: https://www.patreon.com/DaoistWu_007 Currently 23 chapters ahead and +1 or 2 chapter ahead per day! Alse if you wanna chat Join us on Discord! https://discord.gg/7VHcwnAwaN

In Naruto: Reborn with Talent

MCU: The Inheritance of the 3 sannins

Marvel: Starting from the Bottom