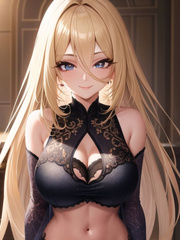 Rise of the White Dragon

What is Rise of the White Dragon

Rise of the White Dragon is a popular web novel written by the author Lruska, covering R-18, REINCARNATION, ADVENTURE, ROMANCE, ACTION, MODERN, CULTIVATION, EVOLUTION, MAGIC, REVENGE, Fantasy genres. It's viewed by 1.3M readers with an average rating of 4.9/5 and 66 reviews. The novel is being serialized to 72 chapters, new chapters will be published in Webnovel with all rights reserved.

June 15 of the year 2010, the third awakening happened. Several smaller worlds had returned to connect with the main world as living beings of different races started to appear and some people managed to connect with the origin and gain control of various powers: control of fire, of water, of wind, of air, and of earth... In the midst of all these confusions, towers that gave unimaginable powers began to appear in all corners of the world, where those who already had powers could upgrade and become more powerful or even those who did not have powers could receive powers through tests of the tower. And because of these towers, conflicts started to happen in all corners of the world by those wanting to monopolize these towers. Luan Dimas was betrayed by one of the people he trusted most. However, in his final moments before being killed, he was transported back to four months before the third awakening that started the apocalypse on earth. Being a man who lived for a thousand years and had accumulated several techniques, he now had a new chance to correct some of his early mistakes. Luan decided to make the most of this new chance that the heavens had given to him. Discord Server: discord.gg/TaWdaeKG2p