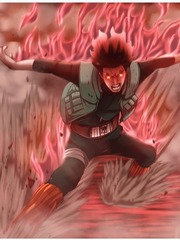 Reborn Might Guy is a popular fanfic written by the author HuskyWarrior, covering DRAGON BALL, ACTION, ADVENTURE, COMEDY, Anime & Comics genres. It's viewed by 549K readers with an average rating of 4.47/5 and 16 reviews. The novel is being serialized to 35 chapters, new chapters will be published in Webnovel with all rights reserved.

What do you get if you have one of the strongest taijustu users of all time, But he is reborn into the DBZ universe? Will he become the strongest human? Will he get a system? Will Guy's full power of YOUTH be enough to go toe to toe with some of the strongest people in the universe? If you wanna find out start reading ;) This is my first novel got 0 experience in this I hope this goes well If it does enjoy if it is a little eh comment and I will see how I can improve as a author. Disclaimer: I do not own any of these Naruto/Db/DBZ /DBS and any other stuff I may or may not include