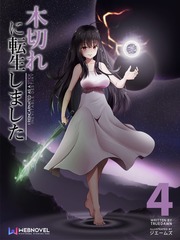 What is I Reincarnated As A Stick

I Reincarnated As A Stick is a popular web novel written by the author TrueDawn, covering REINCARNATION, SYSTEM, FANTASY, ADVENTURE, ISEKAI, ACTION, WEAK TO STRONG, GAME ELEMENTS, NON-HUMAN MC, SWORD AND MAGIC, Fantasy genres. It's viewed by 5.1M readers with an average rating of 4.44/5 and 226 reviews. The novel is being serialized to 350 chapters, new chapters will be published in Webnovel with all rights reserved.

Under a twist of fate, Aurus was struck by a bolt of lightning, making him realize that he would never have the chance to play the game he poured most of his time and effort into ever again. Fortunately, a goddess took pity on his miserable fate and gave him two choices: the first one was to reincarnate through the Six Paths of Reincarnation, and the second one…was to reincarnate as a stick. Hearing the second choice, Aurus could not help but remember...that this was exactly the starting character of the game he used to play! Without hesitation, Aurus chose the latter, bringing a smile to the goddess’ face…which seemed to contain secrets and desires hidden to the naked eye. And so, Aurus was reborn into a world that he was familiar with, albeit this time—he was now living a life as a stick! Though that may be the case, witness the adventures of Aurus as he turns the expectations of everyone around him upside down as he gradually returns to his previous heights… and perhaps, far beyond it! Witness the birth of a supreme being...from its roots! ---------- Join me on Discord: https://discord.gg/SRaEwGE Follow me on Instagram: https://www.instagram.com/truedawn.uwu/ Official IRAAS Wiki: https://dawnnovels.fandom.com Cover made by jamesmikopi Follow him on Twitter: https://twitter.com/jamesmikopi Follow him on Instagram: https://instagram.com/jamesmikopi -------- Due to the author not upholding his promise on the ranks, the author has decided to remove the rank reward system for now to repay the chapter debt that has accumulated all this time. 10 chapter mass release coming at a later date.