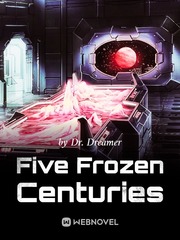 What is Five Frozen Centuries

Five Frozen Centuries is a popular web novel written by the author Dr. Dreamer, covering Video Games genres. It's viewed by 2.2M readers with an average rating of 4.29/5 and 365 reviews. The novel is being serialized to 331 chapters, new chapters will be published in Webnovel with all rights reserved.

Wei Huo has been ignored and overlooked by almost everyone his entire life, including God. In a bid to transform the world into a more game-like one, God halted time for all humanity except for Wei Huo, leaving him to fend for himself. The teenager has no choice but to strive for survival whilst waiting for the day humanity’s clock to start ticking again. But wait a minute! What if that wait is longer than a person’s lifespan? Follow Wei Huo on his survival journey in a world infested with mutated beasts and carnivorous plants.