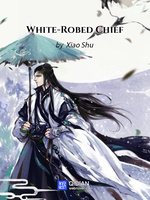 What is White-Robed Chief

White-Robed Chief is a popular web novel written by the author Xiao Shu, covering HAREM, ACTION, Martial Arts genres. It's viewed by 6.1M readers with an average rating of 4.08/5 and 400 reviews. The novel is being serialized to 1215 chapters, new chapters will be published in Webnovel with all rights reserved.

Chu Li was a particle physicist until a freak accident took his life and transmigrated him to a parallel universe — one where he wakes up with inexplicable abilities and finds himself in the running for a job in the imperial palace. This is a story of heroic adventures, cunning strategies and romantic tales. How will our MC thrive in a world completely strange to him? Where will his ambitions and abilities take him in the palace?

Alchemy Emperor of the Divine Dao