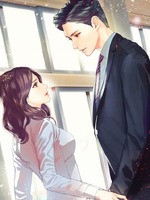 What is Shattered Love and Healing Heart

Shattered Love and Healing Heart is a popular web novel written by the author kpopislife, covering SECOND CHANCE, STRONG-PROTAGONIST, STRONG-FEMALE LEAD, STRONG ANTAGONIST, MURDER, AMNESIA, FIRST LOVE, TRAUMA, MEDICINE, DOCTOR, Contemporary Romance genres. It's viewed by 84.9K readers with an average rating of 0/5 and 2 reviews. The novel is being serialized to 23 chapters, new chapters will be published in Webnovel with all rights reserved.

Lily was once a naive girl who fell for the wrong man. She was heartbroken when her boyfriend married another girl without telling her. She decided to start over and moved to Berlin, Germany to pursue a career in medicine. After seven years, she decided to head back home. Few months later, she got notified to work for the HS Group as a private physician for the President. She did not belong to the business world and wanted to avoid any misunderstandings that might occur. Daniel Kim was known as the Prince in the business world but he suffered from selective amnesia. He may be coldblooded but that's because the traumatic past he suffered scarred him. When his first love, Elizabeth, came back after abandoning him, she used every method to win over Daniel. Will Lily just standby and watch them like she did in the past or will she grow a backbone? From being naive girl to being a badass doctor, can she survive in the business world that are full of lies, jealousy and corruption?

A Second Chance At Love

Honey, please love someone else

My Vulnerary Husband- our journey towards love