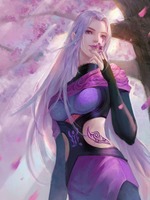 What is Perverted Cultivation

Perverted Cultivation is a popular web novel written by the author Dao0fPerverts, covering R-18, SEX, PERVERTED PROTAGONIST, HAREM, CULTIVATION, PERVERTED MC, BEAUTIFUL CHARACTERS, Eastern Fantasy genres. It's viewed by 730.9K readers with an average rating of 4.61/5 and 22 reviews. The novel is being serialized to 69 chapters, new chapters will be published in Webnovel with all rights reserved.

The mixture of yin and yang is a union that cannot be underestimated to normal cultivators, or what some would call dual cultivation. However, in the Distaff Clan World that got overcome by Yin due to the extreme amount of females that dominated the planet, there came a time where men from a faraway place became needed to help balance out the world! Yun Che had been a medical student training to be a doctor when his girlfriend took his virginity on the night of the new moon. This special timing however happened to be a play, for an asteroid that approached once every hundred years had just started to pass their planet! In the morning, he woke up after indulging in the pleasures of celebrating his girlfriend's flesh only to find that his home had been somehow transported to the asteroid like a flaming missile! Even more perplexing is that he will now be forced to leave his world in order to make sure his dear Yun'er doesn't die to the wretches trying to overtake her planet! Come join Yun Che while he engages in using his wits, looks, and abilities to completely challenge the status quo on this all female's planet. However, if he fails, the worst that will happen is he'll be forced to make lots of babies with dozens of beautiful women. What's the worse that can happen with the invasion of the planet from the other forces around the strange cultivation star in their galaxy? A road of mystery and adventure awaits!

Reincarnation of a Worthless Man