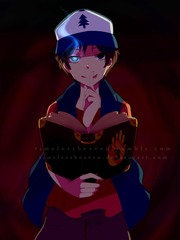 Gravity Falls: The Lord of Darkness

What is Gravity Falls: The Lord of Darkness

Gravity Falls: The Lord of Darkness is a popular fanfic written by the author deadly_orange, covering GRAVITY FALLS, REINCARNATION, MAGIC, ROMANCE, ADVENTURE, TV genres. It's viewed by 241.8K readers with an average rating of 4.76/5 and 17 reviews. The novel is being serialized to 35 chapters, new chapters will be published in Webnovel with all rights reserved.

Ok so for starters this is my alternate acciunt my other phone needs to be cleaned due to soneone hacking into it so for now im using my other webnovel account because I'm lazy and I fear that it might get corruoted if i use it. So I'll wait until its clean secind this is the gravity falls self insert reincarnation people wanted and before you ask he had no wishes I just gave him a magic affinity to help him out and as you guessed Dark magic and shadow magic because I have a dislike for most hero main characters, but hee will be more in the grey area. So here's the synposis. A boy named Dipper pines goes to a place in Oregon called Gravity falls to see his Gruncle Stan, all his life people ignored him he always prefered the shadows the darkness it always gave him a feeling of protection and belonging, he had a dislike for most people do to there idiocy and the few who thought for themselves usual settled for mediocrity, but not him no he always studied, researched and practiced, first it was mudane subjects such as martial Arts the likes of taekwondo and mauy tai, then the more mental arts he studied science and all other mundane mental subjects to around the college level, but he had always an interest into the occult, demons, magic sorcery and mysterious creatures like big Foot and a legend about a triangle with one eye, one day he was bored and happened upon a website that seemed odd for some reason. It was website that said it was a grimoire for Dark and shadow magic he just shrugged it off and read through and did what the website said all he had to do was prick his finger and drop a little blood on the flame of a candle and say some words. ______________________________________________ Find out what happens next when you read the story. (By the way the magic is to help dipper because dipper in the series I felt could've probably learned magic and because he didn't. he usually struggled to defend himself I will have dipper summon demons eventually just a heads up which ones is a different story I'm not saying too much more.) Oh and please comment on chaoters leave a review and I would appreciate it if you check my story lord grievous out I'll update hopefully in a few days I was going to update it the day this first chapter is released. Anyways I hope you enjoy and I were all those people who are negative just to be negative be you a lady or a gent i dare you to do it give me a reason to trash you and destroy your claims mwahahaha, and to anyone else please enjoy the story anyone can comment but negative ones that aren't constructive criticism will be thrashed. Don't say I didn't warn you. Now Here's a quote from my people DO YOU KNOW DAE WAE? By the way my name is *Tongue click* ELAE and I do know DA WAE. Anywho jokes aside have a very nice day and enjoy my hard work.