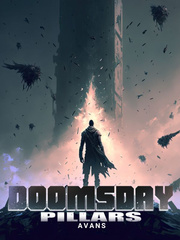 In January 2020, the world came to an end. When the plague started it, 80% of the population was wiped out. Despair. Tears– and blood dyed the earth. When the survivors thought there was no more hope.... They came. 1008 pillars dropped from the sky, scattered all around the world in more than 100 countries. The pillars became defensive bases for all of the survivors. But in the end...after 10 years of struggle... The human race still lost. This is a story of Alex, given a second chance to start anew, one month before it all started. Witness Alex's journey in saving the world, the human race, and his family. Uncover the secret of the pillars. Going on a journey full of thrill. This time, it will be different for his family, friend, and the human race– Or it won't. Can Alex accomplish his noble mission? Can he save the world...or will history repeat once more? xxxxxxxxxxxxxxxxxxxxxxxxxxxxxxxxxxxxxxxxx The Novel was created for a writing competition theme kingdom building. What will readers be expecting from this novel: *Realistic world background. *Real historical quotes *Sci-fi as close to real-world science *Slice of Life the tag will be #kingdom building #apocalypse #realworld #reincarnation WARNING : The first volume is the world building and preparation, so its a slow start. Also as it is a sci fi novel, i tend to use a lot of logic in the story. Even if hero get an OP item, it will be hard earned one. Hope this novel suits you. If you interested of more visual, feel free to join Doomsday Pillar discord, https://discord.gg/ZBBhZes