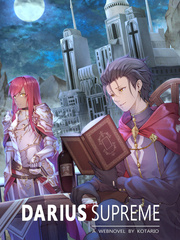 What is Darius Supreme

Darius Supreme is a popular web novel written by the author Kotario, covering REINCARNATION, VILLAINOUS MC, ADVENTURE, SYSTEM, OVERPOWERED-MALE-LEAD, ACTION, STRATEGY, ROMANCE, Fantasy genres. It's viewed by 386.1K readers with an average rating of 4.56/5 and 33 reviews. The novel is being serialized to 70 chapters, new chapters will be published in Webnovel with all rights reserved.

On the 15th of March 2139, the world mourns the passing of Darius Stone, billionaire broker, and philanthropist.  Yet while his family and friends put his body to rest, Darius wakes up to find himself reborn into a younger body in a different world. A strange voice informs him that his soul has been transported into the magic-filled world of Faust on the behest of a mysterious Goddess called Vena, for the sole purpose of entertaining her through his struggles. In this world where any dream can be achieved with enough effort, he sets out to become a Supreme, an existence above Mortals and even Gods! ————————————————— Warning: This novel features a villainous protagonist. If you have enjoyed Warlock of the Magus World, then you should be able to tolerate Darius Stone’s actions and choices throughout the novel.  Note: This story is slow-paced in order to allow for better world-building and development. If you’re looking for a fast-paced action story, this might not be for you.

Rise of the White Dragon

Shades of the New World