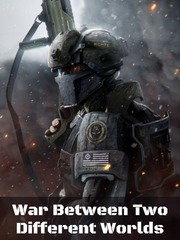 What is War Between Two Different Worlds

War Between Two Different Worlds is a popular web novel written by the author MaxwellKHA, covering KINGDOM BUILDING, TECHNOLOGICAL GAP, GUNS AND MAGIC, OVERPOWERED-MORE OVERPOWERED, RIDICULOUSLY FUTURISTIC, War&Military genres. It's viewed by 193.2K readers with an average rating of 4.34/5 and 30 reviews. The novel is being serialized to 27 chapters, new chapters will be published in Webnovel with all rights reserved.

A land that is torn by racial differences and cultures. A planet that has been torn apart by the great holy war. The demon and the human have been a sworn enemy for a very long time. Blood has been spilled on both sides. With the tension building up between the human and demon, the long war is not going to end soon. And all of a sudden, the Royal Guards of Ailenborough kingdom is wiped out by an unknown mean. This is the story of how one man from a very modern civilization changes history forever. With his knowledge of post-modern technology, he turned the barren wicked land into a utopia. He builds a new republic from the midst of civil war and turned it into a utopia. Any story has a beginning and this story begins with a woman. --------------------------------------- This book is a story about kingdom building in another universe with the advantage of post-modern technologies. WARNING: This story has a mild romance.