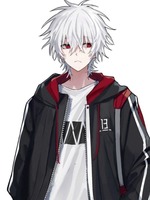 What is Traversing World's with Jin Mori's Strength

Traversing World's with Jin Mori's Strength is a popular fanfic written by the author PoorKarma, covering WORLD TRAVEL, REINCARNATION, ONE PIECE, FAIRY TAIL, NARUTO, MHA, THE SEVEN DEADLY SINS, THE GOD OF HIGHSCHOOL, ONE PUNCH MAN WORLD, NARUTO SHIPPUDEN, Anime & Comics genres. It's viewed by 1.2M readers with an average rating of 3.98/5 and 56 reviews. The novel is being serialized to 50 chapters, new chapters will be published in Webnovel with all rights reserved.

( I don't own the other character's or the worlds that the MC travels to except himself, and other OC's ) Follow Jin Katsuo, a battle-obsessed boy, as he travels to many different places all for a good fight. Using his favourite Martial Art's he's seen through his favourite web-toon. ( I try to do 2 chapters a day, if I can't due to a reason I'll make one that is long