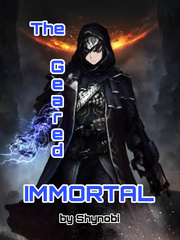 What is The Geared Immortal

The Geared Immortal is a popular web novel written by the author Shynobi, covering WORLD-BUILDING, MAGIC, CULITVATION, WAR, ACTION, FRIENDLY HAREM, Fantasy genres. It's viewed by 2.8M readers with an average rating of 4.29/5 and 153 reviews. The novel is being serialized to 725 chapters, new chapters will be published in Webnovel with all rights reserved.

He was sent to a world where different races and beings wage different types of wars and fight for supremacy. With a body of a mere mortal, he learned the way of the immortal craft and a different cultivation technique. Making him able to roam the land searching for a place where he could belong. How can he survive in this dog eat dog world he knows not. But combining the ingenious designs of the modern world and immortal energy, otherworldly devastation awaits those who face, the geared immortal. ***Thanks to those who liked the novel. Your rate and comments are of great help.