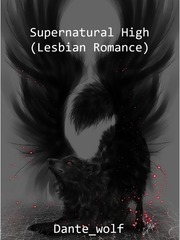 What is Supernatural High (Lesbian Romance)

Supernatural High (Lesbian Romance) is a popular web novel written by the author Dante_wolf, covering LESBIAN, GL, GXG, LGBT, WEREWOLF, LESBIAN ROMANCE, ROMANCE, GIRL LOVE, FANTASY, MATES, LGBT+ genres. It's viewed by 142.3K readers with an average rating of 0/5 and 9 reviews. The novel is being serialized to 33 chapters, new chapters will be published in Webnovel with all rights reserved.

Fenris Tal is a badass, but she never wanted to be. However people seem to expect her to be heartless and power hungry, when deep inside she's just a big softy. All this might have to do with the fact that she's half-demon and half-alpha werewolf. Also because she has access to all abilities from both species, which is unheard of with half-bloods. This makes her the strongest living supernatural creature around. But she can't hide what she is. Fenris hates the persona pushed on her, all she wants is her mate, her one true love. But with her good looks and bad-girl persona, also the fact that many girls try to throw themselves at her, Fenris is called the player of the town. Annabelle Rhyder is an omega werewolf. She is a small shy girl and gets picked on by the more popular kids. She's easily one of the prettiest girls in her school, but doesn't seem to realize it. In her pack being an omega is like a curse, you are constantly put down, forced to work for the alpha, and even physically bullied. If it wasn't for Annabelle's older sister Mary she would have more bruises and scars like the omegas in other packs. That's the other thing, she's the only omega in her pack. Annabelle can't wait to find her mate but she's scared, she wants a loving relationship, not a controlling one. She has also been told her mate will reject her. Her heart can't take that kind of pain. Annabelle and her family change packs because her sister meets her mate and will be the new luna of his pack. Annabelle catches a glimpse of Fenris with girls all around her and immediately doesn't want anything to do with her. After a encounter with Fenris, Fenris tells Annabelle they are mates, but Annabelle doesn't believe her. Will Fenris convince Annabelle and how far will she go to do so? Or will something happen and Fenris never gets the chance.

Secrets of a Teenage Vampire