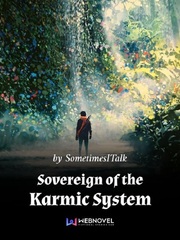 What is Sovereign of the Karmic System

Sovereign of the Karmic System is a popular web novel written by the author SometimesITalk, covering SYSTEM, CULTIVATION, FANTASY, ADVENTURE, Fantasy genres. It's viewed by 7.3M readers with an average rating of 4.27/5 and 590 reviews. The novel is being serialized to 554 chapters, new chapters will be published in Webnovel with all rights reserved.

What would you do if you could control and use your Karma? What if your actions could be repaid right away? Not an obscure and distant promise anymore. Follow Daniel's story as he uses his karmic system to cultivate, cheat, gain and become a sovereign in his world.. and beyond. __________ Discord for those who would like to chat.. or not: https://discord.gg/s9YCkbS