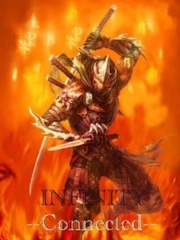 Thirty years from now, humans finally turn their attention into space. At the dawn of a new century, 2100 A.D, Earth's atmosphere is near inhabitable. Orbital colonies are created. It is too late now to emphasize natural energy. With the exhaustion of their natural resources, deep space mining companies started to wander off further away from the system. This became a form of example. Even with the speed of light, interstellar travel is too slow. Not until the perfection of Suspended Animation solved the issue. After the war with the Dominion. The first colonists were sent into the system of Sarys. Approximately three hundred years away. After thirty years, it was deemed successful. Powerful syndicates and the world government started their own projects; The Exodus. Not wanting to be left behind. People volunteered to the progress. At year 2228, the last Hive Ship left an Orbital Colony, carrying the last human presence in the Solar System, giving Earth a chance of rejuvenation. The introduction of Blink, a signal that can reach any Vults(Receiver) without any millisecond pass, gave humans the ability to communicate with other fleets no matter the distance. It was a leap in human technology that will deem other alien races inferior. Companies started to advertise a new system of VR to entertain people while in Suspended Animation. *Disclaimer: Cover's not mine!*