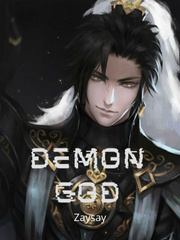 What is Demon God

Demon God is a popular web novel written by the author Zaysay, covering R18, SYSTEM, HAREM, ANTIHERO, WEAKTOSTRONG, ACTION, GODGODDESS, EMPIREBUILDING, MCDOMINANT, MCCALM, Fantasy genres. It's viewed by 1.2M readers with an average rating of 4.64/5 and 15 reviews. The novel is being serialized to 212 chapters, new chapters will be published in Webnovel with all rights reserved.

Desire was born without his parents, knowing nothing but general knowledge in the world. He struggles day by day and was forced to live a harsh, hard life... "Eh? Summoning?" "Summon!" That was how it was supposed to be but he got a ridiculous skill right from the start! What a turnabout! What luck! Was he born under a lucky star or perhaps...? NOTE: You need to read Author's review before reading: ) PS: Cover not mine. Credits to the artist

A Fallen Knight-Lost art of necromancy