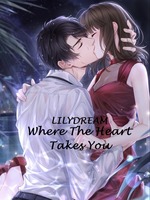 Where The Heart Takes You

What is Where The Heart Takes You

Where The Heart Takes You is a popular web novel written by the author Lilydream, covering ROMANCE, MODERN, FEMALE PROTAGANIST, FEMALE-LEAD ROMANCE, REVENGE FEMALE LEAD ROMANCE, Contemporary Romance genres. It's viewed by 108.4K readers with an average rating of 0/5 and 5 reviews. The novel is being serialized to 68 chapters, new chapters will be published in Webnovel with all rights reserved.

"I regret only one thing in this world: letting you go." For five years Evelyn Wei was married to the man of her dreams, Shawn Cheng. They were the perfect power couple. He was the CEO and she was his Vice President. But one day he decided to end their relationship, romantically and professionally. For five years she gave this man everything that was good in her. But he tossed her aside like it was nothing, even going so far as to have another woman. Now she vows to take back what is rightfully hers, but she won't do it alone. Business Tycoon, Jinhai Li has only one regret in his life-letting her go. He was her closest friend, her protector, but he had no choice but to let her go. Every day he has regret not telling her how he felt. Fate is giving them another chance and this time, he won't let her go. WARNING: Mature contend and adult themes. DISCLAIMER: Content in this story is pure fiction. I do not own the cover, all rights go to the creator.

Honey, please love someone else

The Days When I’m With You