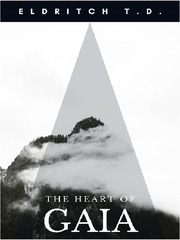 The Heart of Gaia

What is The Heart of Gaia

The Heart of Gaia is a popular web novel written by the author EldritchTheDead, covering KNIGHTS, ACTION, FANTASY, MAGIC, MEDIEVAL, SECRETS, DYSTOPIAN, ADVENTURE, FAMILY BONDS, RATED18, Fantasy genres. It's viewed by 42K readers with an average rating of 4.75/5 and 52 reviews. The novel is being serialized to 40 chapters, new chapters will be published in Webnovel with all rights reserved.

In a Magical gem fuelled fantasy/dystopian world of Gaia. A son (Knoxx Abbot) struggles through life as a runaway with his father, as the authorities began to chase them one day. Confused and in a daze while trying to escape their pursuers, he hopes that one day they may be able to get back to their normal lives. But with mysteries lying in wait and big secrets uncovered, will he be able to go back? Or a bigger fate awaits him?