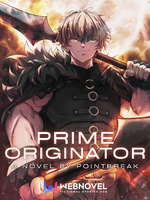 What is Prime Originator

Prime Originator is a popular web novel written by the author Pointbreak, covering REINCARNATION, HAREM, MATURE, CULTIVATION, ADVENTURE, ECCHI, ACTION, APOCALYPSE, WEAK-TO-STRONG, STEAMPUNK, Fantasy genres. It's viewed by 3.6M readers with an average rating of 4.43/5 and 137 reviews. The novel is being serialized to 392 chapters, new chapters will be published in Webnovel with all rights reserved.

In a world where strength reigns supreme and only the strong are revered, conflict and injuries are commonplace. The Divine Medicine King was a saintly doctor that saved the lives of many practitioners with his highly accomplished art of healing, garnering the respect of all, and becoming an existence not inferior to the other Divine Kings. As the son of the Divine Medicine King, Leon enjoyed the protective halo of his father and had very smooth sailing in life. However, everything came crashing down when the news of a peerless treasure in possession of his father with secrets of the everlasting was leaked. Greed was ignited, and gratitude was repaid with malice. Helpless to change the inevitable, both father and son lost their lives to their own subordinates under the schemes of the Divine Kings. When everything seemed to have come to an end, Leon was granted another chance, another life, and in another world foreign to the Divine Realm. Will he throw away everything and walk the path of the avenger, killing his way back into the Divine Realm to avenge his father? Or will he embrace his new life and forgoes the past? In the end, what lies at the end of the road of vengeance? When two seemingly separate yet intricately-linked worlds collide and calamity strikes, who will he save and who will he kill? This is a story of revenge. No, this a story of self-discovery. From a useless young master to a supreme being revered by all, Leon will unravel the mysteries of the world and become the one true creator. =====Author's Note===== This is my first time writing a novel. Please go easy on me. Feel free to join the discord for discussions about the novel, https://discord.gg/cxpRTCkzH9 =====DISCLAIMER===== The cover is not mine and belongs to its respective owner.