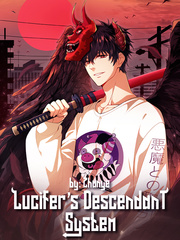 What is Lucifer's Descendant System

Lucifer's Descendant System is a popular web novel written by the author Zhanye, covering SYSTEM, EVOLUTION, DEMON, MAGIC, GOD, ACTION, R-18, RPG SYSTEM, LITRPG, WEAK-STRONG, Fantasy genres. It's viewed by 2.3M readers with an average rating of 4.7/5 and 231 reviews. The novel is being serialized to 151 chapters, new chapters will be published in Webnovel with all rights reserved.

At some point in the 21st century, the Christian God stopped listening to the prayers of humanity. Monsters with colossal strength and endurance began to emerge and humanity entered its darkest period. However, to the delight of humanity, some people around the world began to receive powers, and so humanity was able to fight back against monsters, now seeing these people with powers as the heroes who fought for the good of the world. Among these people was Noah, who even though he gained powers, he knew that those powers did not make him stronger at all, making him just as strong as a normal adult man. However, an unknown system awakens and declares him to be the descendant of Lucifer, completely changing his life to the path of the truth and true power. Discord: https://discord.gg/pHEzhV2Xyr [2 Daily chapters + Extra releases] Lucifer | Descensant | System