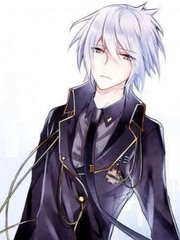 What is Ilan Burke - Multiverse

Ilan Burke - Multiverse is a popular web novel written by the author MH_Junior, covering HARRYPOTTER, REINCARNATION, R18, SYSTEM, OVEPOWEREDMC, ROMANCE, Fantasy genres. It's viewed by 561.7K readers with an average rating of 4.32/5 and 13 reviews. The novel is being serialized to 23 chapters, new chapters will be published in Webnovel with all rights reserved.

Ilan was transmigrated in Harry Potter World. *Some grammatical errors (English is my third language) *The Mc will be OP (Overpower), so if you don’t like, don’t try it *Harem (not a big one), BL is a no go (you can copy and paste and do you BL version) *Starting like a playboy *Multiple Worlds *Hard to know when i can update *Some copy and paste i don't own bla bla bla ... you know what i mean

My New Life in Marvel Universe