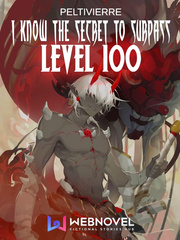 What is I Know the Secret to Surpass Level 100

I Know the Secret to Surpass Level 100 is a popular web novel written by the author Peltivierre, covering SYSTEM, MAGIC, FANTASY, ADVENTURE, ACTION, WEAKTOSTRONG, COMEDY, GAMEELEMENTS, MALELEAD, ADVENTURER, Fantasy genres. It's viewed by 1.9M readers with an average rating of 4.2/5 and 57 reviews. The novel is being serialized to 311 chapters, new chapters will be published in Webnovel with all rights reserved.

It was always Elliot's dream to become an Adventurer. He lacked magic powers to which was why society looked down on him. His life changed when he was lost in the Forest of Gray Lake, and a book found its way into Elliot's hand. The book was a manual to become strong. So strong that you could cross the level cap of all adventurers. A book that contains the secret to surpass level 100. [ Images on the cover not mine ]