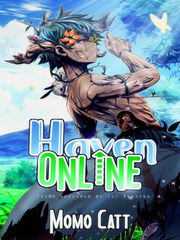 What is Haven Online

Haven Online is a popular web novel written by the author Momocatt, covering BL, BOYXBOY, COOKING, FARMING, FRIENDSHIP, BROMANCE, REBIRTH, SLOW-ROMANCE, POORTORICH, PHOBIA, Video Games genres. It's viewed by 3.9M readers with an average rating of 4.75/5 and 685 reviews. The novel is over and can be read all 260 chapters in Webnovel with all rights reserved.

Book 1: 07/30/2019-06/29/2020 Completed Book 1.5 (Dropped) Yin Xinya's death was such a cosmic joke that he got a second chance to do it again. In the past, his life and death was a tragic mess, but he swears this time everything will change. Watch as Xinya becomes the most coveted person in Haven Online. "Why are you learning cooking? It's just a waste of a skill point." "Your learning potions?! Are you daft there no point in doing that." "Why did you pick that trash class? You will never make it in this game." Xinya just ignored everyone, with a knowing smile he just paid them no mind because he knew they would be eating their words soon.

Spending My Retirement In A Game