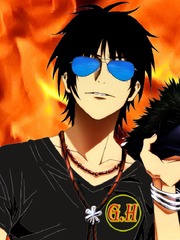 The Best chef on Earth, Known as the Golden Hands due to his unmatched skills in cooking and monstrous talent has died. After waking up he finds himself in the hands of young women. Knowing he had died, his only thought is that he had reincarnated. But the world he reincarnated in is the famous Food Wars anime where chefs are highly respected and praised. What will the Former Golden Hands chef do?? will he distance himself from cooking? or will he prove that he is the best in the field? Again.