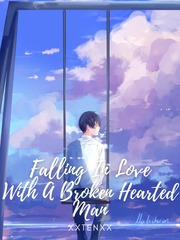 Falling In Love With A Broken Hearted Man

What is Falling In Love With A Broken Hearted Man

Falling In Love With A Broken Hearted Man is a popular web novel written by the author xxTenxx, covering STRONG-FEMALE-LEAD, TEEN, ROMANCE, MODERN, COMEDY, FALLING IN LOVE, BOSS AND EMPLOYEE, Contemporary Romance genres. It's viewed by 248.2K readers with an average rating of 4.81/5 and 24 reviews. The novel is being serialized to 129 chapters, new chapters will be published in Webnovel with all rights reserved.

Raine Scott is a 22-year-old independent girl with a cool personality who loves her friends, family and work. Some of boys lined up for her, but being a part-timer distracts her from falling in love. She met a man whose broken and wasted who is apparently his boss, Noah Clark. He manages a photo editing shop and she became his part-timer. The strange feeling she experienced when she laid her eyes on him made her wanting him to fall in love with her and protect Noah's heart from being broken. Here, Raine Scott and Noah Clark's love story begins as they heal the wounds of their heart, growing feelings for each other, and become adults as they dream for the future. Their story's unfold with a glimpse of comedy with an important part in a photo editing shop.