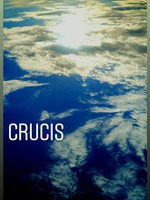 Crucis is a popular web novel written by the author Phodoodles, covering FANTASY, DRAMA, REVENGE, HISTORICAL, MALE LEAD, PSYCHOLOGICAL, PHILOSOPHY, REVENGE AND REDEMPTION, MYTHOS, HISTORICAL REFERENCE, Fantasy genres. It's viewed by 16.6K readers with an average rating of 4.86/5 and 13 reviews. The novel is being serialized to 26 chapters, new chapters will be published in Webnovel with all rights reserved.

Three factions oversaw the continent of Jumana. They were the Palace of Anima, Church of Arbor, and Seditio. The Palace of Anima worshipped Fate. A divine principle by which the order of events has been inevitably predetermined. The proxies of the Palace were the Moirais as they were blessed with precognition, great mana talent, and high affinity with Fate. The Church of Arbor revere Conscience. A moral principle that inhibits or influences the thoughts or actions of a person. Their advocates were the Fae, children born from the Tree of Truths. An ancient, sentient tree who bore the Fruit of Good and Evil. The third, Seditio, a clandestine society that was established by the Enlightened One. A peculiar individual who ate the Fruit of Good and Evil and lived to tell the tale. Seditio believed that comradeship was thicker than Fate and that Man should seize their own destinies without the help of the Moira. Athos Dimitte Ferre, heir to the throne of the Palace of Anima. Was blessed with the gift of foresight and talent for mana. On one fateful night, however, he was cast away by a tragedy, and all was slowly taken away from him. "Why did the Seditio attack us? Why couldn't I see this, did my foresight fail me? Or perhaps, the Church of Arbor interfered?" A man who fell from grace learns to bare his fangs. ~~~~~ Updates every MWF before 5PM EST