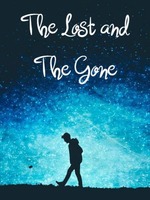 The Lost and The Gone

What is The Lost and The Gone

The Lost and The Gone is a popular web novel written by the author JustLikeWriting777, covering MYSTERY, HORROR, THRILLER, DARK, PAST, TRUTH, TERROR, Horror&Thriller genres. It's viewed by 23.7K readers with an average rating of 4.77/5 and 32 reviews. The novel is being serialized to 33 chapters, new chapters will be published in Webnovel with all rights reserved.

Seven months ago, five girls went out camping. The next day, four were found dead. One of those murdered girls was Lukas Wells' elder sister, Jesse. The only girl who survived, blames his sister, claiming that she saw Jesse kill the other girls. Everyone believes her. Everyone except Lukas. Now, He's determined to find out the truth, searching for the real killer, But what he doesn't know, that this killer already knows his every step, confusing him before he could even do anything. And all he's thinking now is that maybe he went too far, especially when he finds out that Skylar's younger sister knows more than he thinks. Cover ain't mine but you gotta admit it's good, right?

Maculata and the Five Suitors

'YOU BELONG TO ME'