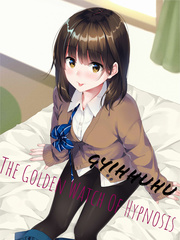 The Golden Watch Of Hypnosis

What is The Golden Watch Of Hypnosis

The Golden Watch Of Hypnosis is a popular web novel written by the author Gyihhuhu_, covering HYPNOSIS, EVIL MC, HAREM, RUTHLESS MC, Magical Realism genres. It's viewed by 1.2M readers with an average rating of 4.1/5 and 60 reviews. The novel is being serialized to 24 chapters, new chapters will be published in Webnovel with all rights reserved.

“Believe in something with all of your heart, even if it means losing everything in the process. “ “And I believe in running the world. I want everything in this world, I want to be admired, I want to loved and I want to desired. “ “Even if it means losing everything in the process! “ A boy called Tenshi Ayama’s life is gutted to shreds when the most important person to him – his mother – an influential government official - dies in a suspicious accident. It didn’t help that, she was his entire life. After all, his motivation and determination to succeed in life was all for her, nothing else mattered to him more than her. Tenshi’s entire ambition dies as he turns into a fat slob, a depressed fat slob which his former childhood persona would’ve hated. Yet the thing was, that he believed in unconditional love, and he was utterly betrayed by the person he loved – his childhood friend Haruno Ichiho. The same day, he found a watch dropped by a crow – a golden and fabulous watch that has an amazing feature of being able to bend people’s minds into submission. Watch as he supports his waifus in fulfilling their dreams, perfecting their personalities and fixing their flaws. And sometimes ruling and killing over his political opponents with amazing *humor. *Humor not guaranteed, but dark humor is and will be always present Extra Tags - Insane Protagonist, Overpowered Protagonist, Slow Pace. [Caution - contains excessive sex in the later chapters.] Donate/buy me a coffee using litecoin. My LTC address is: MAe7Eop5xiMrSecrG5ErzZEQDHCuwTctjX

The Sinful Life of The Emperor