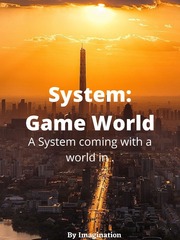 Hidden under this seemingly prosperous modern world is a desolate and broken civilization, recovering from a deep wound. In this resource-poor world, natural resources are scarce and people compensate with strange alloys made of energy called 'Flux'. What's more, looming over this peaceful scenery is these strange invasions of mutated creatures, capable of destroying buildings in a split second. No one knows what life was before the Great Destruction, survivors from this era picked up some knowledge before rebuilding civilization creating this weird world where some fields are extremely advanced while others lag behind by three hundred years. Monarchy and Religion prevails in this seemingly modern world and powerful beings called 'Orderers' who protects the land that humanity has claimed are so powerful and their status so respected that it seems that they were simply a higher species than the common man. Inequality is so huge but nothing can be done, in front of those evolved humans, number is meaningless. Because they are stronger, capable of wiping out entire armies, they are respected and feared From the ruins, ashes flutter and is reborn again. Three continents still exist in this planet, namely: Brokang Continent, named after the first conqueror and savior of humanity's dynasty; the Holy Continent, where the Sacred Spirit, lies and is worshipped and the Higher Dimensional Continent where even to this day, is the major forefront and battlefield between the creatures from the void and humanity. In an outer city of the Brokang Empire, a youngster is struck by a rock and mysteriously gains a System that comes with a world where resources are plentiful and another power system that can give Orderers a run of their money! Let us see what the main character can do in this chaotic era disguised as an orderly one, where mutated beasts run amok and human figures scheming against each other for more power and benefits, where unethical laws are put as well-intentioned ones and when it seems that God has abandoned this world for good! Chapter Update: Inconsistent, averaging 1 chap/month. This story has started a long time ago when my writing was a little bit immature so bear with it. The writing should be getting better as I get a clearer view of the world I want to create and build.