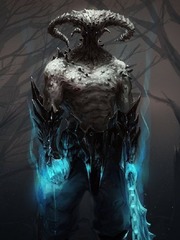 Martin became an orphan when he lost his family in a mysterious accident at a young age. Although he was orphaned, it did not affect him because of the mental problems he had. When he grows up to a certain age, he joined the world of crime and began to improve himself.within 10 years he became one of the most dangerous serial-killers known in the dark world. He also started killing people for money. But he died of an explosion on his last mission. He also had a system to help him in this new world. A soulless and emotionless serial killer from the old world had to give life in a fantastic world. But what he didn't know is that the powers that were possessed in this world would change itself. - You can try another book of mine here , it newly started just check it out - Check Out My New Book - https://www.webnovel.com/book/the-master-necromancer_14552304006811505 - - Work Days - Monday - The Mind God Tuesday - The Mind God Wednesday - The Supreme Lord Shapeshifter Thursday - The Supreme Lord Shapeshifter Friday - The Mind God or Supreme Lord Sunday - Freetime or working on next book