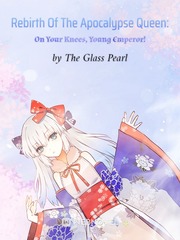 Rebirth Of The Apocalypse Queen: On Your Knees, Young Emperor!

What is Rebirth Of The Apocalypse Queen: On Your Knees, Young Emperor!

Rebirth Of The Apocalypse Queen: On Your Knees, Young Emperor! is a popular web novel written by the author The Glass Pearl, covering Sci-fi Romance genres. It's viewed by 2.3M readers with an average rating of 4.69/5 and 469 reviews. The novel is being serialized to 386 chapters, new chapters will be published in Webnovel with all rights reserved.

Qin Yi was reborn half a month's time before the apocalypse. In this life, having already seen the true colors of her scumbag sister and father, she swore to let them have a taste of their own medicine—an eye for an eye. She disguised herself as a man and kept improving, getting stronger day by day. Common people hailed her as “Prince”, making countless people bow in homage. But who is this guy who keeps pestering her? She isn’t homosexual ah, faints~~ Facing a group of men and women who wanted to snatch his person away, a certain someone had a murderous look on his face. “Qiqi is mine.” Then he shamelessly stood in front of Qin Yi. “Qiqi, I don’t care about your gender~~” Everyone: ...

From Sidekick to Bigshot

Rebirth of the Heavenly Empress