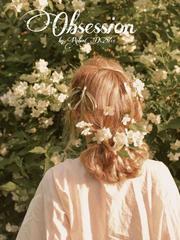 Obsession is a popular web novel written by the author RobinDAce, covering Fantasy Romance genres. It's viewed by 175.6K readers with an average rating of 4.7/5 and 29 reviews. The novel is being serialized to 43 chapters, new chapters will be published in Webnovel with all rights reserved.

Ella was a breed from a werewolf father and a human mother. After losing both of her parents at the time of a war breakout, she started to live in the pack house with the other wolves of her pack. At the verge of her teens, she was still living a mateless life. But all of a sudden her life took turn when she finally found her long awaited mate. But she got rejected immediately as she expected. But will her mate's possession towards her let him to do so? Being a wolf of a rarest kind, eventually she got desired by the wolves but rejected by their vessels. Obsession of the wolves and hatred from their vessels. How would she progress in a world full of mystery and revenge? She never wanted revenge. She just wanted to get away far from the sight of the rejection and possession. But will she be able to do so? Leave the loveless bond and extreme possession and start a new life.

TO THE MEAN MATE