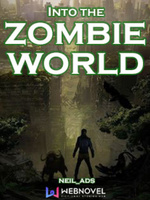 What is Into the Zombie World

Into the Zombie World is a popular web novel written by the author Neil_Ads, covering APOCALYPSE, SYSTEM, ADVENTURE, MODERN, TRANSMIGRATION, ACTION, OVERPOWERD-MC, COMEDY, ZOMBIE, UNDEAD, Magical Realism genres. It's viewed by 1.8M readers with an average rating of 4.42/5 and 80 reviews. The novel is being serialized to 190 chapters, new chapters will be published in Webnovel with all rights reserved.

After getting run over by a truck, Nile finds himself in the body of a man with the same name as himself. He soon realized that he had just been esekai'd or transmigrated into another world that was experiencing a Zombie Apocalypse for over two months. Nile was rambling on how dangerous this world is. It turns out that the zombies were evolving, getting stronger every second. Nile was already at his wit's end when the 'System' butted to his rescue. He felt elated as he found out that humans could evolve too. And compared to other humans, his was even easier due to the System's help. Follow Nile as he ventured and come across different kinds of people and zombie in this Apocalypse World. Getting addicted to the notion of becoming stronger. Nile searches for zombies every day to kill and Level Up. ..... Early chapters are being re-edited. Sorry for the inconvenience. There's a lot of grammatical error here. I will try to edit every chapter and find an editor(If I have the money) to improve the quality of the novel. This is not a perfect novel, so perfectionists go away. But suggestions and tips are more than welcome. **You have been warned** ..... Cover was made by: Venerable_Linfeng This is a work of fiction. Names of people, places and events are all work of fiction. Contact me on Discord if you have something to ask. Discord server: https://discord.gg/NGMEKeS Neil_Ads#6616