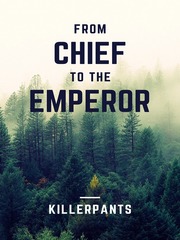 What is FROM CHIEF TO THE EMPEROR

FROM CHIEF TO THE EMPEROR is a popular web novel written by the author Killerpants, covering KINGDOM-BUILDING, TRANSPORTED-TO-ANOTHER-WORLD, ROMANCE, ACTION, Fantasy genres. It's viewed by 1.1M readers with an average rating of 4.58/5 and 39 reviews. The novel is being serialized to 82 chapters, new chapters will be published in Webnovel with all rights reserved.

A university student has passed through to the prehistoric period; will history still evolve along the original trajectory? In this ancient wasteland of ruthlessness and bloodshed, Edward armed with his imagination and human knowledge of the 21st century is out there to lead his small tribe into creating an empire for generations to remember. From introducing fire, the secrets of the soil, and aspirin to launching the savage cave fashion show. But against him stands his savage rivals, ferocious beasts and hundreds of barbaric ethnic groups.

Records of the Weakest Emperor