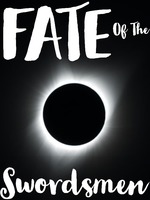 Fate Of The Swordsmen

What is Fate Of The Swordsmen

Fate Of The Swordsmen is a popular web novel written by the author frostwolf86, covering ROMANCE, ACTION, ADVENTURE, SLICE OF LIFE, SHONEN, CHARACTER DRIVEN, Fantasy genres. It's viewed by 13.9K readers with an average rating of 0/5 and 0 reviews. The novel is being serialized to 40 chapters, new chapters will be published in Webnovel with all rights reserved.

Anarion Ragnor struggles to move ahead in a world that is on the brink of collapse. Demons, Gods, Undead, Cursed Beings and more are all fighting for control of Terath. Anarion a student on his way to graduation from the Swordsmen Academy struggles to cope with his issues of abandonment while those around him are trying to breach through the emotional mask he wears to protect himself from becoming attached to the people around him. Anarion is forced to live in the Shadow of his older brother who has fastly become one of the most renown Swordsmen alive. Dealing with his insurecity, ineptitude and inner fears. Anarion must face the world and himself. Swordsmen are ancient Warriors who wield legendary blades that can become so powerful they could shatter reality. They also know a unique magic called Elestran.