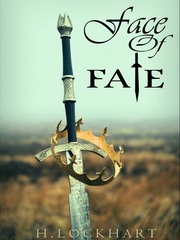 She has an iron heart in a velvet body. He's like a black hole inside the sun. She's strong with fragile pieces. He's fierce above his afraid self. She was the light in his gloomy world. He was the darkness that took her last shine. She became the aspire of his life. He made her life aimless. She wants to revenge him. He wants to acquire her. She searches for freedom from him. He captures her in a golden cage. She fell for a person she hates the most. He loves a person who he can't love. He was her enemy with a tag of a husband. She was his fear with a title of a wife.