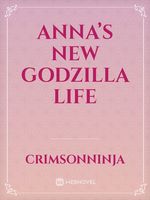 What is Anna’s New Godzilla Life

Anna’s New Godzilla Life is a popular fanfic written by the author CrimsonNinja, covering LESBIAN, NON-HUMAN-PROTAGONIST, FEMALE PRATOGONIST, POWERFUL PROTAGONIST, GODZILLA, Movies genres. It's viewed by 196K readers with an average rating of 0/5 and 5 reviews. The novel is being serialized to 23 chapters, new chapters will be published in Webnovel with all rights reserved.

Anna has been a very sickly child ever since she was first born. Being able to live to the age of 15 was a miracle but she never left the hospital. Her parents would visit her everyday, or at least did. When her new brother was born they slowly stopped with the constant visits till they only visited every couple of months. Anna grew cold and nothing interested, the nurses would avoid her and she had no friends to speak of. At one point in time a mentally unstable man had tried to force himself on her but was stopped when the only person who would still visit her stopped him. She had one day discovered a film called ‘Godzilla’ which she watch and instantly fell in love with. Every night she would dream of being Godzilla, roaming the world and fighting with both humans and monsters alike. She wanted to become this monster she loves and in that dark space when she met her it came true.