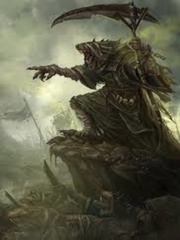 What is A Rattling Monster [Completed] (Editing in Progress)

A Rattling Monster [Completed] (Editing in Progress) is a popular web novel written by the author Innovation, covering SYSTEM, REINCARNATION, GAME ELEMENTS, EVOLUTION, WEAK TO STRONG, EVIL PROTAGONIST, NO HAREM, ANIMAL PROTAGONIST, Fantasy genres. It's viewed by 3.7M readers with an average rating of 4.29/5 and 215 reviews. The novel is over and can be read all 158 chapters in Webnovel with all rights reserved.

Sometimes your time to die has come, and sometimes stupid gods are the reason. For Marc Cassidy, it was the latter. Fortunately for him, he got another chance to live in another world, away from Earth. In the bargain of that chance, he got one of the most awesome cheat ability available, a RPG like system. On the other hand, the goddess he scammed turn him into the worst of the worst creature, a rat. Of course for this petty act, Marc is humble and forgiving. He will not take revenge, he will just try to be powerful enough to repay that favor. In the meantime, how can a system help him survive and grow stronger in a strange fantasy world? Currently, looking for an editor to correct my chapters. And finally, you will be able to enjoy real chapters cleanly written.

When A Mage Revolts