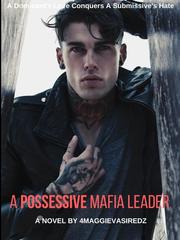 What is A Possessive Mafia Leader

A Possessive Mafia Leader is a popular web novel written by the author 4Maggievasiredz, covering Contemporary Romance genres. It's viewed by 333.4K readers with an average rating of 4.74/5 and 192 reviews. The novel is being serialized to 34 chapters, new chapters will be published in Webnovel with all rights reserved.

Czar Neil Pattinson, a 26-year-old Russian mafia leader, and a badass billionaire. He was a dominant, arrogant, and merciless adult. He hates lies. When he was 15 years old, his parents were killed by another mafia gang. He has money, fame, power, got everything he wanted, especially women, and people are scared of him. His business is into drugs, illegal weapons, and casinos and hotels in Russia and London. But, on a rainy day, his eyes and his heart laid on Siena Davies, the woman he craved for, love, possessive, stalker, protective and Jealous. He couldn’t digest the word HATE and REJECT by his lover Siena. So, he conquers his love and marries her by blackmailing them that he will kill her father and her older brothers. Siena Davies, a 22-year-old, billionaire, Oxford graduate, and editor of a publishing company firm named Davies Publishing Inc. She is intelligent, independent, smart, beautiful, kind-hearted. She was her brother’s favorite. When she was a month’s baby, Her parents got divorced. She hates her mother to the core. Her childhood was imperfect and ruined. Till now she doesn’t know the reason why her mother divorced her dad. She stays with her father and her older brothers. Her father and her older siblings were each other's support, and strength took responsibility for their publishing business into their hands and after 10 years their hard work paid off. Davies Publishing Inc. is in number one position in London, United Kingdom. Let’s read how this Dominant’s love conquers his lover’s hate changed into Love? Hope you enjoy reading! ***UPDATES EVERY FRIDAY AND SUNDAY**** WARNING: BAD LANGUAGE AND MATURE CONTENT. The photo is not mine. The rightful credit goes to the owner. XOXOXO 4Maggievasiredz.

The Doting CEO Alpha and his Wife

The Model Was a Nerd