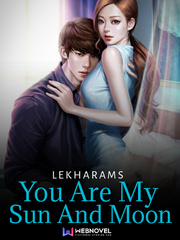 You are my sun and moon

What is You are my sun and moon

You are my sun and moon is a popular web novel written by the author lekharams, covering ADVENTURE, COMEDY, LOVE, CUTE, MODERN, MYSTERY, ROMANCE, PSYCHO, ACTION ROMANCE, CRIME CASES, Contemporary Romance genres. It's viewed by 491.4K readers with an average rating of 4.79/5 and 25 reviews. The novel is being serialized to 141 chapters, new chapters will be published in Webnovel with all rights reserved.

What happens to her when she is asked to marry a person who doesn't even know her name? No one forced her but, she was left without a choice! " What the hell is happening here? Who are you? What were you doing at the traffic signal in the morning? Are you really, her? Whom I married?! I feel like I married someone and now seeing another one!" "Oh! God, seriously? Even after watching everything in the morning you still don't know my name?! Wow! It's so great of you, Yuvi! _________________________________ "No! Don't touch me you bastard" she yelled and moved back. "Come on, sweetheart! You know how much I want you. I will give you the best time of your life" He said moving towards her. "Dare to come near me! I kill you!" she yelled still moving backward. "Kill me, sweetheart! But let's die together" He didn't stop moving. What's gonna happen? Will she kill him? or kill herself? __________________________________ " Love you, darling! Don't make me wait, more! " He pecked her nose. He tightened his grip around her and brought her more into him, he bent down to her lips, she clutched his ironed shirt very tightly, she shut her eyes tightly, their lips almost touched. She pushed him from her. And now she was burning with anger not only at him but also at her, she didn't know how she lost her mind. She felt ashamed of herself. "Don't you ever dare to come near me! How dare you!" She yelled a whisper as there is a probability of being caught by others. "See, sorry! For what happened just now, but ever? Do you even remember we're gonna get married?" He questioned her. As it was his fault he was silent but still, she could have stopped him in the beginning even but, she didn't! Because she was also into it. "In your dreams, Sid! Do you think I'll marry you? If you believe so, don't build hopes! It will never ever happen and I'll never let it happen" Yuvi didn't know who he married! Sid didn't how he gonna get married! Go ahead read to know what happens! ______________________________________ To interact with the author and fellow readers you can join my discord server: https://discord.gg/yRgWhwH22y Please do adjust with the first 5 chapters, they will be dry. But I assure you it will be interesting after. The story is full of romance and mystery. It will be an emotional roller coaster with many humor, adventures, etc. PS: The picture on the cover is not mine, the entire credits go to the artists who have done it.

My Secret Wife and I