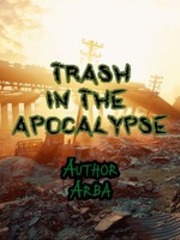 In less than a minute, the world that we knew had changed. A mass vertigo occurred and for a brief moment, everyone fell unconscious. When people woke up, they learnt that their bodies were strengthened and that they also gained unique skills for themselves. Zombies and mutated monsters began to rampage on the streets. Jun was a casual thug. When he woke up, he gained an extra ability that will help him survive in this new world. Join him as he journeyed through this apocalyptic wasteland in search of his remaining family. Watch him build his own underground empire and make a haven for his own. NOTE: This is a slow-pace novel.